A Place to Sparkle

Our Open Evening for new parents is on Thursday 24th November. It will begin with a talk from Dr Jones, Head Teacher, at 6pm. All are welcome to come and look around our wonderful school 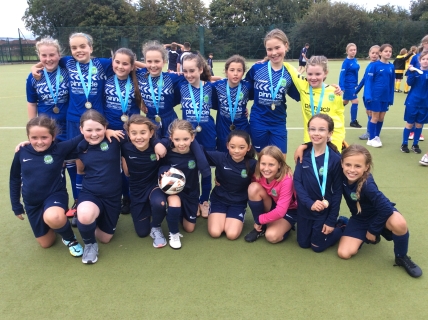 The festival, which was held at St Andrews School, was a celebration of girls football in Worthing. We had two teams in the competition with girls from Years 4, 5 and 6. Both teams topped their groups after winning all of their games and without conceding any goals. They played each other in the final which was won by the Year 6 team who snatched a 1-0 victory following a great strike from Mia. These two amazing teams will be competing in the Albion Cup against schools from further afield in Sussex at the Brighton and Hove Albion Football Academy in Lancing in October.